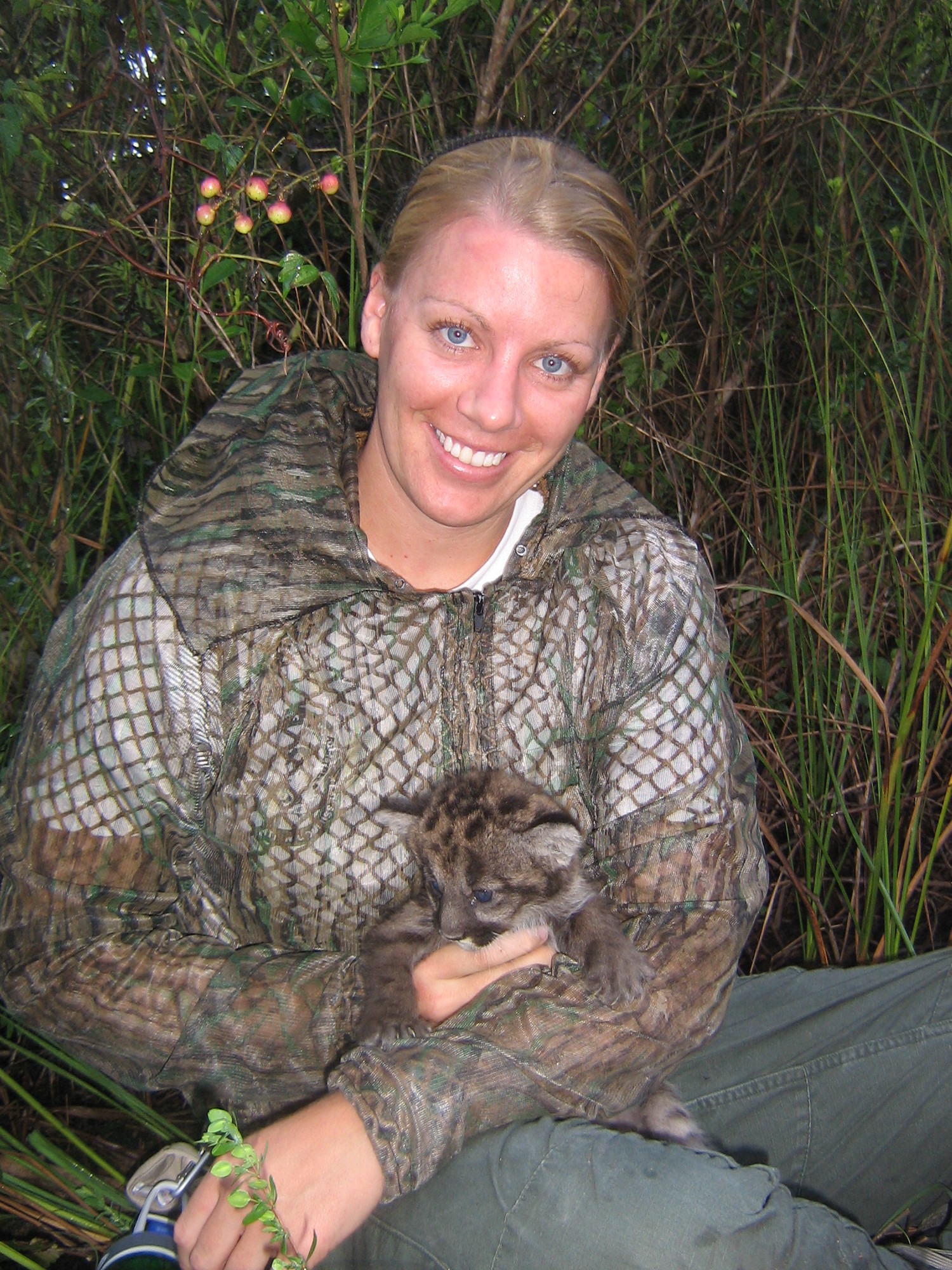 The award, presented to her at the Governor and Cabinet’s Aug. 14 meeting in Tallahassee, recognizes outstanding resource management achievements by the hundreds of resource managers who protect state properties.

Smith was recognized for her passion and commitment to conserving wildlife while working in partnership with the South Florida Water Management District that co-manages this WEA, which is in Lee and Collier counties. One focus has been work on the federally endangered Florida bonneted bat. Smith has shared 240,000 acoustic bat call signatures she collected, and then analyzed the data used to develop monitoring and permitting protocols for this rare native species.

She also recognizes the CREW WEA is not just important for listed species but is a popular recreational destination. She has worked hard to maintain public access when hydrological restoration projects caused closures to roads and areas within the WEA.

“It is abundantly clear that Kathleen accepted the position of the CREW WEA area biologist with the aim to expand its duties, and to greatly enhance the research, monitoring and restoration of the species and habitats that make CREW WEA such a unique treasure to the region,” said her supervisor Daniel Mitchell, who nominated her for the award. “Kathleen’s impact on conservation goes beyond the footprint of CREW, as she has assisted with conflict wildlife issues in the area involving bears and panthers. She has a great ability to communicate with the public and goes the extra mile – like translating information into both Spanish and Creole languages to communicate better with Farm Workers Village residents in Immokalee on wildlife issues such as being BearWise.”

“Kathleen possesses all the traits of an exemplary resource manager, including a strong work ethic, leadership ability, tremendous organizational and interpersonal skills, and dedication to going above and beyond her regular job duties,” said Kipp Frohlich, Director of the FWC’s Division of Habitat and Species Management. “We are so proud that she is being recognized for her great work and we are truly fortunate to have her on our FWC team.”

Smith’s work ethic and dedication might have been best exemplified last year when her housing was significantly damaged by Hurricane Irma.

“The hurricane didn’t slow her down one bit,” said her supervisor. “Despite personal hardship, she worked tirelessly on clearing trails, preventing further damage and coordinating repairs at CREW WEA.”